Authority of the Council

The Bangladesh Bar Council is a Statutory Autonomous Body of the Government under Law Division, Ministry of Law, Justice and Parliamentary Affairs. It is constituted by the Bangladesh Legal Practitioners and Bar Council Order, 1972 (President’s Order No. 46 of 1972). It consists of 15 (fifteen) Members of whom the Attorney – General for Bangladesh is one and is the Chairman ex-officio. Other 14 (fourteen) members are elected by Advocates for a term of 3 (three) years from amongst themselves, of whom seven from General Seats and seven from seven Zonal or Group Seats. The election of the bar council conducted by the Attorney-General as Chairman of Bar Council with assigned Judicial Officers as directed by the Ministry of Law, Justice and Parliamentary Affairs. The Attorney-General as Chairman of Bar Council publish the election schedule and election result of the Bar Council in the official gazette. After gazette notification, the elected members, in their first meeting, elect from amongst themselves a vice-chairman and different standing Committees, viz- Five members Executive Committee, Five members Finance Committee, Nine members Legal Education Committee etc. Moreover, there shall be an enrollment committee for the enrollment of the advocates. Enrollment committee consisting of five members: a Chairman to be nominated by the Chief Justice from amongst the Judges of the Appellate Division, two members to be nominated by the Chief Justice from amongst the Judges of the High Court Division, Attorney-General for Bangladesh and one member elected by the Bar Council from amongst its members. The Secretary of the Bar Council appointed by the government amongst the sitting District Judge/Senior Judicial Officer on deputation. The Secretary is the Chief Executive Officer of the Bar Council. There are one or more Tribunals in the Bar Council to judge a Complaint made by any court or any other person against an Advocate for his/her professional misconduct. Any person aggrieved by an order of the Tribunal may within ninety days from the date of communication of the order to him prefer an appeal to the High Court Division. There is no membership provision in the Bangladesh Bar Council. Bangladesh Bar Council is a licensing & regularity body for all Advocates of Bangladesh. 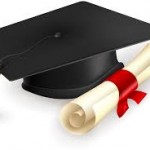 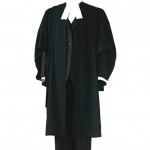 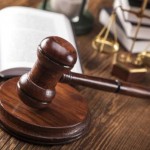 Membership of a Bar Association is Mandatory

A person has to pass the MCQ, Written and Viva-Voce examination conducted by the enrollment committee of the Bar Council for obtaining an Advocateship license from the Bar Council. After getting the license from the Bar Council a person has to admit as a member of his/her desired District/Chouki Bar Association as per [Rule- 06(1)]. Therefore, an Advocate who is not a member of any recognized Bar Association of Bangladesh, is not entitled to appear, act and plead before any Court, Tribunal or revenue authority of Bangladesh.